Is there a preferred agent for VTE prophylaxis in trauma patients?  Is there a superior dosing strategy for these high-risk patients?

The selection and dosing of pharmacologic VTE prophylaxis in trauma patients has a troubled, controversial past.  The literature surrounding the topic is riddled with small, conflicting trials and methodological flaws.

The Beginnings of the Controversy 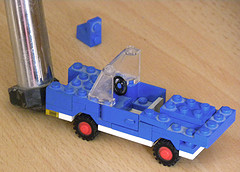 Although the debate between low-dose unfractionated heparin (LDUH) and low molecular weight heparin (LMWH) has been a long-standing issue within the medical literature as a whole, it primarily made its entrance in the trauma literature in 1996 with an article by Geerts et al in the New England Journal of Medicine.1

Although the findings of the Geerts study were generally accepted and influenced subsequent VTE guidelines, the study results should be interpreted with caution: 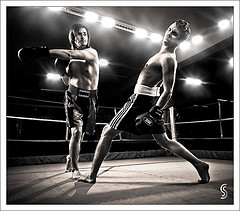 In 2010, a study by Arnold et al was published, which is a commonly used counter to the results from Geerts et al.3  The Arnold study retrospectively included 476 trauma patients admitted for more than 72 hours.  Patients were included if they received heparin 5000 units Q8hr (note the higher dose compared to Geerts) or enoxaparin (30 mg Q12hr or 40 mg Q24hr).  The study’s primary endpoint (proximal DVT) was no different between heparin and enoxaparin (7.11% vs. 6.75%, p=0.999).  Additionally, there was no difference in major bleeding events, although enoxaparin was numerically higher (3.8% enoxaparin vs. 1.2% heparin, p=0.09).

Although the retrospective study design by Arnold is less convincing than Geerts’ randomized, double-blind study, it does raise the question regarding whether Geerts used a heparin dose that was an unfair comparison.  Of note, the Arnold study did not distinguish between enoxaparin doses (30 mg Q12hr or 40 mg Q24hr), which is a significant flaw in the study design.

What Say the Guidelines

Notably, the CHEST guidelines do provide a firm recommendation in patients undergoing orthopedic surgery.5  The guidelines have a 2B recommendation supporting LMWH as a preferred therapy over fondaparinux (due to less risk of bleeding) and over LDUH (due to superior efficacy).

The EAST (Eastern Association for the Surgery of Trauma) guidelines, having been published in 2002, are now outdated.  Regardless, the guidelines have a strong preference for LMWH over LDUH (primarily due to a lack of high-quality evidence with LDUH).  The guidelines place a stronger recommendation for LMWH in patients with pelvic fractures, complex lower extremity fractures, and spinal cord injury.  On the basis of the Geerts study, the guidelines also provide a level III recommendation for the use of LMWH in patients with an ISS of 9 or more.